Although it has been a stop/start season 2 for our Prem Panthers teams, which hasn’t allowed us to play as many season games as we have wanted, our U12 and U14 teams did fantastically well at this week’s CMAC tournaments. The U12 tournament was held at Prem on Tuesday February 9, with a welcome zero AQI reading and perfect blue skies. There were 13 boys teams and 5 girls teams competing at Prem and despite our teams being made up of mainly Grade 5 students (They are young for this age group), both Prem teams made it all the way to the final. Both teams performed really well all day and showed great development during the season and both brought home the silver medals. The U14 tournament took place the next day, Wednesday February 10, at Grace International School and our teams again showed their skill and how much they have developed. Our boys team dominated their first game, only to concede a goal to APIS’s only shot and then went to draw with the eventual winners (They had lost 6-1 earlier in the year to CDSC) and beat the hosts 5-0. Unfortunately, they did not make it through to the finals, but showed fantastic spirit. Our U14 girls went through the 7 matches they played unbeaten, making it through to the final and beating Grace 2-1. A fantastic performance and great fun for all that were there. Well done to all the U12 and U14 players and special thanks to their coaches A. James, A. San B, A. Emily, A. Fred and Coach Ohm. 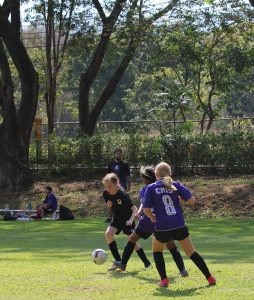 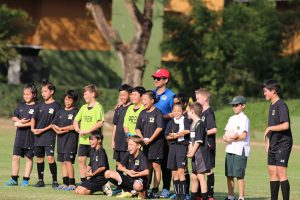 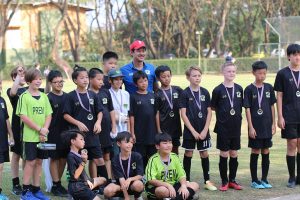 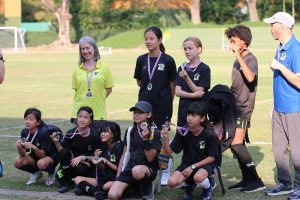 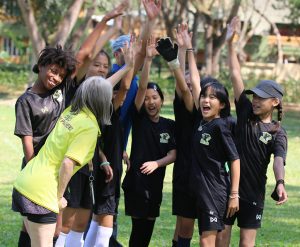 In a joyful assembly last Friday Prem Senior School came together to celebrate some of the amazing student achievement. Successes […]

Dear members of our community, It is with great excitement that we hereby invite you to Prem’s very first Senior […]

The key to a successful university application is preparation. That preparation takes a great deal of time and effort. One […]

Aj. Catherine Parent has  challenged herself to learn some American Sign Language ( such a good role model using this […]