It has been almost exactly one year since we have had a sports tournament at Prem and what the two-season friendlies that we’ve had in the last few weeks have taught us, is how much our students have been missing competitive sport. The excitement of the games, the sportsmanship on show, the chance to meet other teams and the chance to develop together are what sports bring to our students.
On Friday/Saturday, April 1/2 Prem hosted our annual ‘Prem Invitational Volleyball Tournament’ for our Junior Varsity and Varsity boys and girls teams. In total there were 6 schools with 18 teams taking part, all playing 42 games over the two days, giving our students and students from other international schools in Chiang Rai and Chiang Mai the chance of some strong competition. This was also the perfect warm-up for the CMAC tournaments that are coming up after the Songkran break. 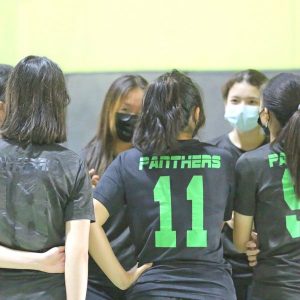 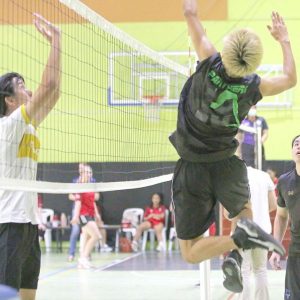 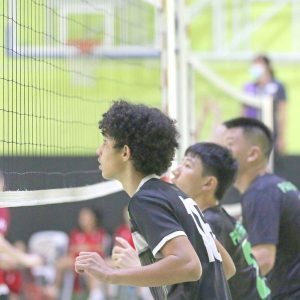 Prem teams did not disappoint, with all four of our teams putting on great performances in one of the loudest and well-supported environments I’ve seen at Prem. Fans from all schools cheered on the teams, pushing the volleyball to even higher levels of skill, with all teams enjoying the atmosphere created in our gym.
Our Junior Varsity (JV) girls won all their games, beating NIS in the final game to become champions, while our JV Boys and Varsity girls both got to the deciding game of the final, losing by a nail-bitingly close two points to finish as runners up. Our Varsity boys had been well beaten by NIS in the group game, but put on a tremendous performance in the 3/4 game, taking NIS to the last point of the deciding game to finish in fourth.
It was great to see how much our teams improved over the two days and that the Prem Panther spirit is still there after two years of almost no competitive sport. We are now looking forward to upcoming CMAC tournaments with hope and excitement.

Congratulations to our students who took  part in the first ever PSAT Test at Prem yesterday. The PSAT or “Preliminary SAT” […]

“Senior school students are recognized on the Principal’s Honour Roll if they achieve a semester GPA of 5.75 or above […]

G12 CP Students start their internship at the Shangri-la!

The Grade 12 CP SUMAS “Business & Sustainability” Students started their internship at the Shangri-la Hotel this week. They will […]

There is never a dull moment in the Career Related Programme (CP)! This week the Grade 12 CP students visited Akha […]