On Friday 30 October Prem hosted the CMAC JV (Junior Varsity) Football tournament. Despite our players not having set season practices and games, due to Covid restrictions, our teams won gold (Boys) and bronze (Girls), which was a fantastic achievement. Our girls team won two games easily and despite dominating the other games were unlucky to lose, which meant they came in third place. Our boys won 3 games and drew one game, meaning they went into the final against LIST. Despite going 2-0 down they fought back with a great performance to 2-2, sending the game into extra time. In extra time the boys got a winning goal meaning they are this year’s CMAC champions. Well done to all players and thanks to A. Kirk and A. James for coaching. Go Panthers! 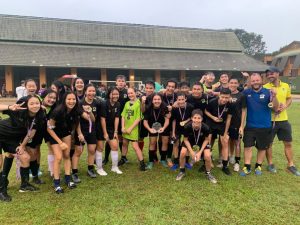 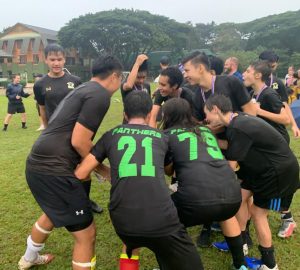 Who knew, Panthers can Swim!

Unfortunately, the global pandemic has hit the Prem swimming programme the hardest with our swimmers in P.E and swim training […]

A message from the SS Principal

Dear Senior School Parent/Guardian:   I hope this note finds you well. This is Week 13 of Term 3, the […]

Five of our Grade 11 students visited a local special needs school, Kingdom Kids, on Monday. The purpose of this […]